Jerry Butler is more than a teacher. Now in his 30th year at Cincinnati Public Schools, Butler is creating a culture of compassion as a mentor for young men. 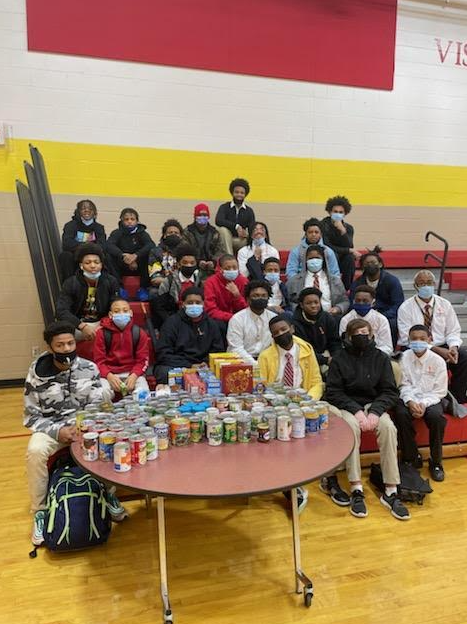 “I’m not just doing M.O.R.E. from 4 p.m. to 6 p.m.,” Butler said. “I’m focused on M.O.R.E. all day long. The fact that the students know that there’s somebody out there who cares about them, that’s not family, might be the difference between life and death.”

The students involved in M.O.R.E. are examples for their classmates, changing the culture by being positive role models through academics and excellent behavior.

“These kids need people that care,” Butler said. “Relationships are everything. That may be all that’s preventing them from competing at a high level.”

Butler says his job is to support his students, as a mentor.

“Make yourself available for the kids, so they can be the best they can be on their terms,” Butler said.

Western Hills Senior, Ke’Orland Harrison, credits M.O.R.E. and his mentor, James Hill, with helping him break out of his shell.

“I never knew that I had the ability to actually be in the position that I’m in now,” Harrison said.

Harrison is inspired by M.O.R.E. directors and how they support and care for their students.

“We can count on Mr. Hill whenever we need anything or if we’re second guessing ourselves,” Harrison said. “He gives us the extra encouragement to push through whatever we’re struggling with. It’s inspiring that someone could care that much.”