Students Treated with Performance of 'Abiyoyo'

The Mt. Washington School students were treated with a performance of “Abiyoyo” by Mr. Mears with the Children’s Theater of Cincinnati. "Abiyoyo" is a children's story about a young boy named Pete and his father. They move to a small town where they are not welcomed by the residents. One day, while Pete is playing his ukulele, a giant monster named Abiyoyo appears and begins to terrorize the town. 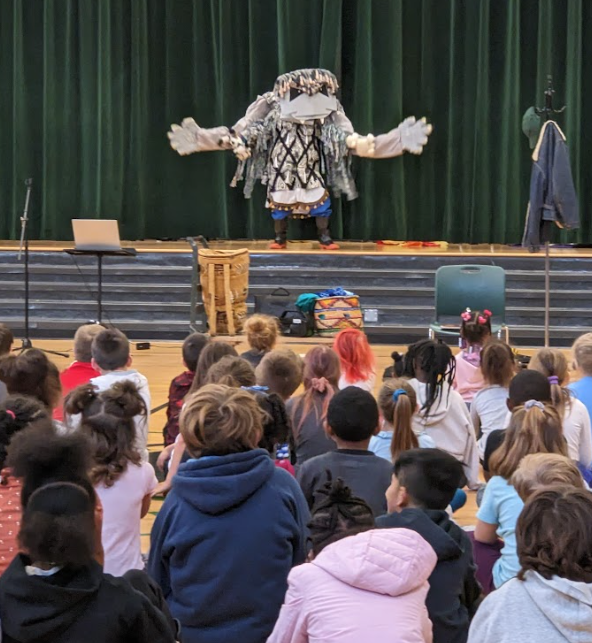 Luckily, Pete's father is a former magician. He uses his power to help protect his son and the town. 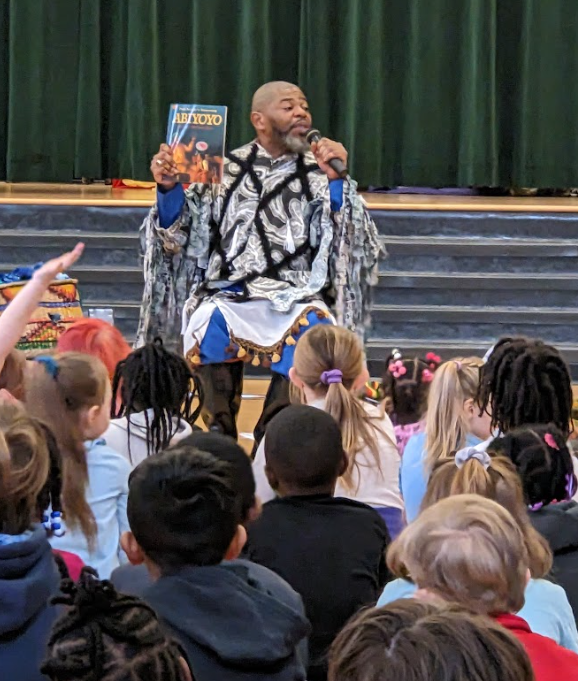 "Abiyoyo" is a story and song that originated in South Africa. It was collected and retold by Pete Seeger, an American folk singer and activist, in his 1962 children's book "Abiyoyo: A South African Song and Story."

Mr. Mears did a fantastic job of making a popular book and story come to life! We are Forever…Inspired…Together.