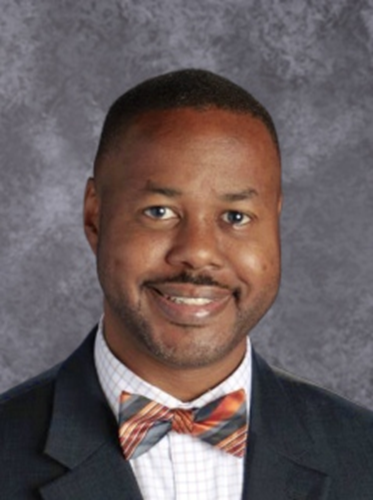 Jerron Gray, a native of Toledo, Ohio, is in his fifth year as Principal of Withrow University High School in Cincinnati, Ohio. He has been an Educator for the past 24 years — spending 17 years in the classroom as a mathematics and science teacher and seven years as an administrator.

Mr. Gray’s vision for Withrow University High School is to see life-long learners who are change-agent leaders in their respective fields of interest and are equipped with the capacity to adapt to change and provide innovative solutions to the global challenges of the 21st century. Most specifically, his mission is to build and develop a High School of Business, Fine Arts and Communications program where students are inspired, developed and deployed to become critically thinking leaders of the world around them and who effect change to positively impact our local, state, national and global business communities.

Before serving as Principal of Withrow University High School, Mr. Gray served as an Assistant Principal at Walnut Hills High School for three years and a classroom science teacher for seven years — teaching biology, environmental science, botany, earth science and summer school chemistry. Mr. Gray was also an Educator/Administrator at Christ Emmanuel Christian Academy for 11 years, where he was very instrumental in building a strong and rigorous preparatory program until the school’s closure in 2008. As a classroom educator, Mr. Gray was a National Honor Roll Outstanding Teacher Award Recipient (2005/2006) and a Hixson Teacher of the Year Finalist (2007). Additionally, Mr. Gray has served as an Adjunct Professor at Antioch University Midwest in Yellow Springs, Ohio, where he instructed graduate-level/principal licensure students in the area of staff development for two years.

Prior to answering the call to education, Mr. Gray served as a State Criminal Investigator for the Ohio Bureau of Workers’ Compensation for two years and was a Corporate Fraud Investigator for Fifth Third Bank for three years.

Mr. Gray is very strong in his faith and was a former Elder/Associate Pastor at Christ Emmanuel Christian Fellowship where he served in numerous leadership capacities impacting the Walnut Hills Community for over 25 years and currently attends City Gate Church in Forest Park, Ohio, where he continues to serve in ministry with his wife and children. Mr. Gray volunteers and sits on Greater Cincinnati Habitat for Humanity’s Shalom Coalition, served as Head Coach and League Organizer of Christ Emmanuel’s City Gospel Mission/Character Basketball League for 12 years, and has taught, served and encouraged recovering men in City Gospel Mission’s Exodus Program.

Mr. Gray is a graduate of The University of Cincinnati with a Bachelor of Science degree in Biology (1991). He is also a graduate of Antioch University Midwest in Yellow Springs, Ohio, receiving his Master of Education degree in Educational Leadership (2002).

Mr. Gray has been married to his beautiful wife Julia — his best friend and support — for 28 years. They have three beautiful children: Jerron II (age 21), Sophia (age 19) and Victoria (age 16).