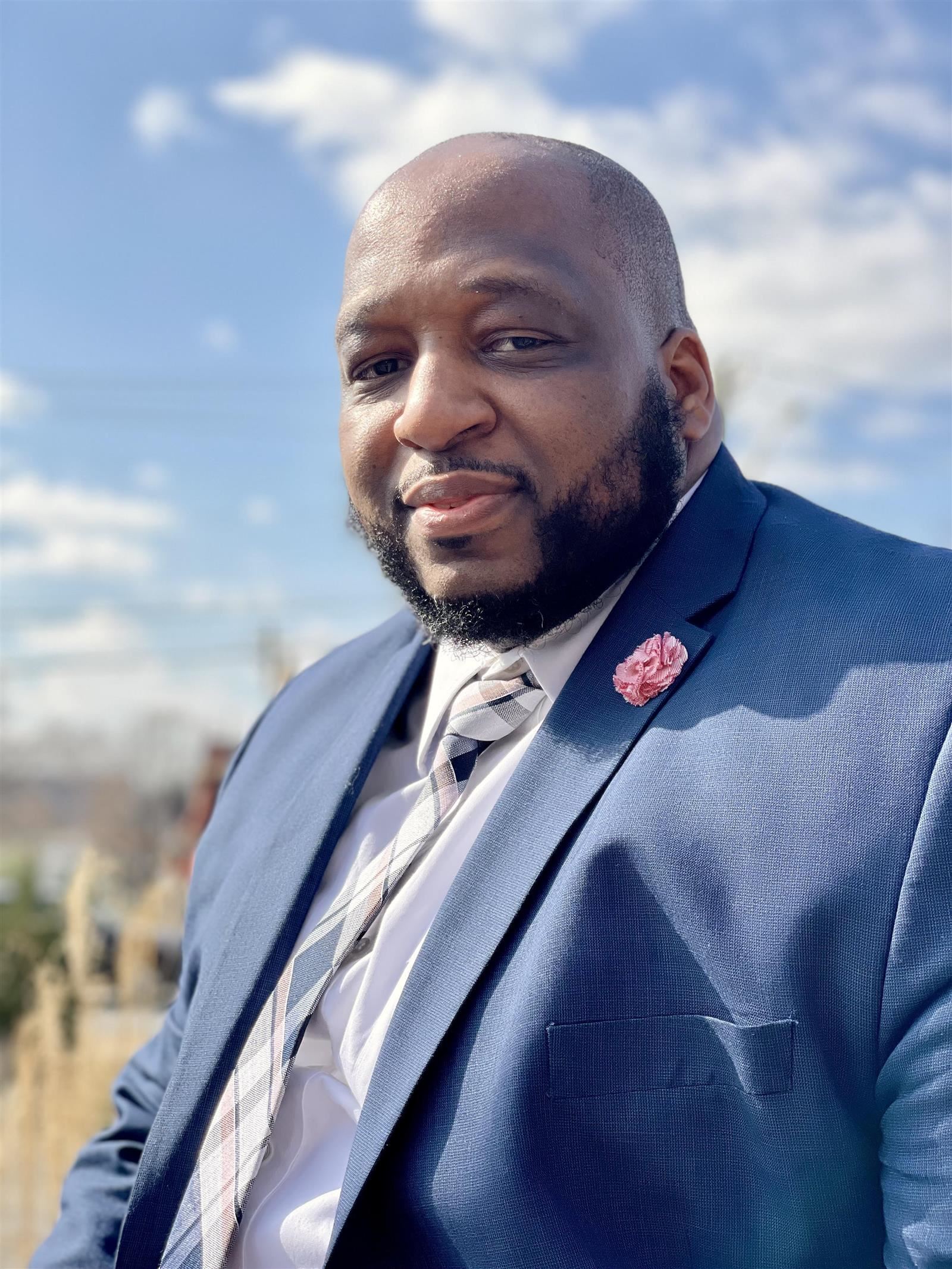 Antwan D. Lewis was born and raised in Akron, Ohio. After graduating from John. R. Buchtel High School in 2001, he attended Baldwin Wallace College. During his years at Baldwin-Wallace, Mr. Lewis played football and held several leadership roles while majoring in secondary education with a focus in History.

In 2009, Antwan relocated to Cincinnati after marrying Amorah Lewis and began his career with Cincinnati Public as a paraprofessional at Pleasant Hill Academy. The following school year, he accepted a 9th grade
Social Studies position at Aiken High School. Mr. Lewis was moved to Hughes STEM High School where he held several leadership positions, including Social Studies Department Chair, 8th Grade Team Leader, and
ELL Coordinator. It was at Hughes where he grew as a leader and which led to his desire to pursue educational leadership.

After receiving his Masters in Educational Leadership from the University of Cincinnati, Mr. Lewis served as Assistant Principal at Mt. Airy Elementary for two years. In 2016, Mr. Lewis was named Principal of Hartwell, and he would describe it as a match made in heaven. He has adopted the phrase “All Hands on Deck” in order to embrace the importance of staff, parents, community members and students coming together to move the school forward. Some of his accomplishments during his tenure at Hartwell include:
➔ Moved the School from an F to a C on the State Report Card
➔ Moved the school out of State Academic Watch and into Independent Status
➔ Grew the extra-curricular activity offerings from 9 to over 30 offerings
➔ Increased community partnerships and parent involvement opportunities
➔ Top 5 highest growth for English Language Learners in the District
➔ Created a STEAM Curriculum and Lab for all students to access

In six years, Mr. Lewis has worked hard to transform Hartwell into a family. Their motto is “Little School, Big Heart”. You can catch him interacting with students and staff with jokes, laughter and love. Mr. Lewis loves to cook for the staff whether it's breakfast, bbq or the staff's favorite baked potato bar. This past year, Mr. Lewis had the privilege of coaching the boys elementary basketball team and flag football team.

Mr. Lewis loves his family and has a 10-year-old son, Zac, who attends Hartwell, and a 3-year-old daughter, Zoe. When he is not at school he can be found coaching Zac’s basketball team, practicing his piano, grilling or simply relaxing with his family. His ultimate goal is to ensure each student experiences academic success and ultimately has a memorable and enjoyable school experience.